WebmasterPosted on May 27, 2020 Posted in Ron's Bass Fishing Newsletter 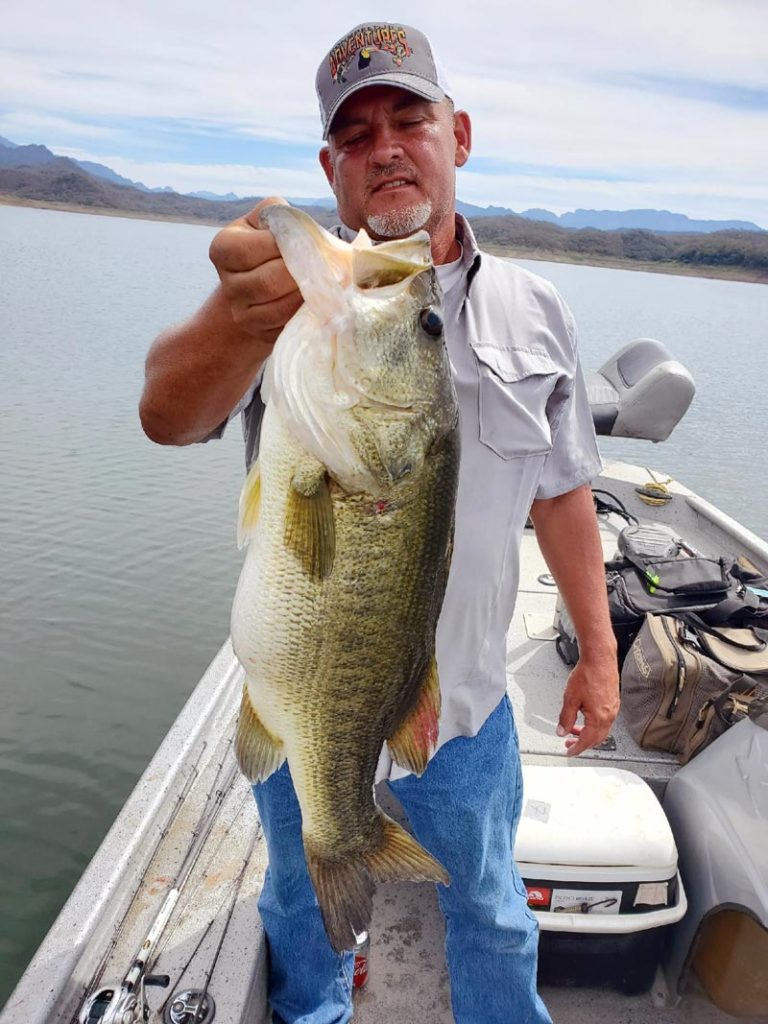 Folks, the time has FINALLY arrived!!! It’s time to go fishing in Mexico!!! Last week when I read that Mexico will be reopening certain areas to include Mazatlan and the state of Sinaloa, I got so excited I started singing Gene Autry’s “Down Mexico Way”… all day in the office. I drove Bill and Matt crazy playing it on Youtube and singing along. Once I arrive at our El Salto lodge, I’m going to insist that Lupe replace his constant singing of “Guadalajara” with the Gene Autry classic! To say I’m excited is the understatement of the year! 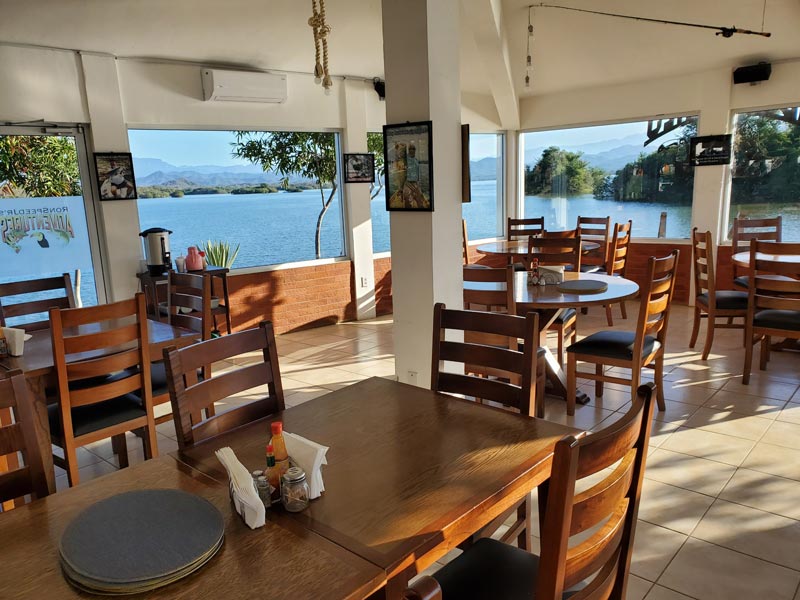 In my previous two updates, I mentioned that we would reopen when all the stars aligned with Mexico reopening the state of Sinaloa for business…the airlines flying to Mazatlan again…and of course if the data supported the safety part of reopening. Last week our Homeland Security Department announced it would be extending the non-essential travel ban with Canada and Mexico until June 22nd. However, there are still flights currently flying to and from various cities in Mexico and Americans traveling into Mexico and returning to the U.S. It appears that the boxes have been checked and therefore we have set a date of June 25TH to open ALL of our lodges on the three lakes…Comedero, El Salto and Picachos. We have kept a close watch on the number of virus cases in Mazatlan and they have been low compared to other areas of the country and other parts of Sinaloa. The warm climate of the three lakes can only help. Mexican government feels it’s safe to reopen, the numbers show it’s safe to reopen…and therefore…we’re going to do just that…REOPEN! This of course is based upon Mexico and U.S. governments lifting the non-essential travel ban on June 22nd. We have already begun taking reservations for open dates starting June 25th and all open dates available throughout the summer…and of course next season. 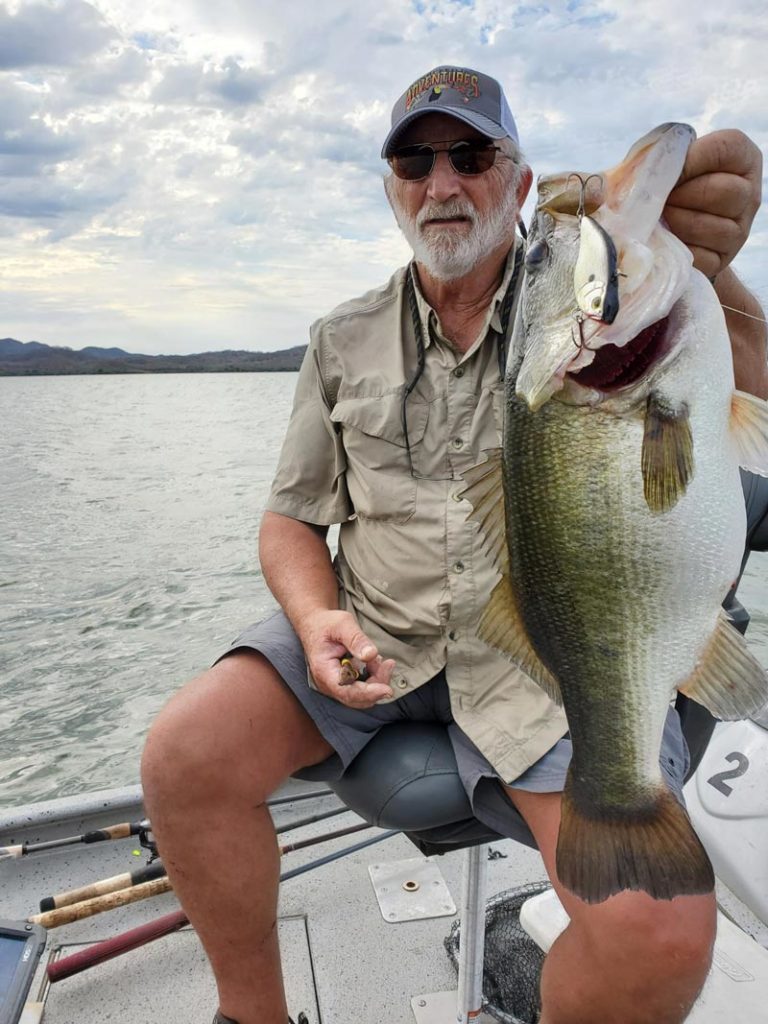 There’s MORE NEWS I think you’ll like…we plan to keep the three lakes/operations open all summer and right up until when we normally open in October. Yes, the rainy season normally begins in early to mid-July. However, I fish the lakes nearly every summer during the rainy season and the fishing can be just as good as the rest of the year. There will be “some” disruptions during the day but mostly in late afternoons. However, with the days being much longer and dark not occurring until 8:30 pm, the opportunity to still fish 8 – 10 hours each day is possible…most days. 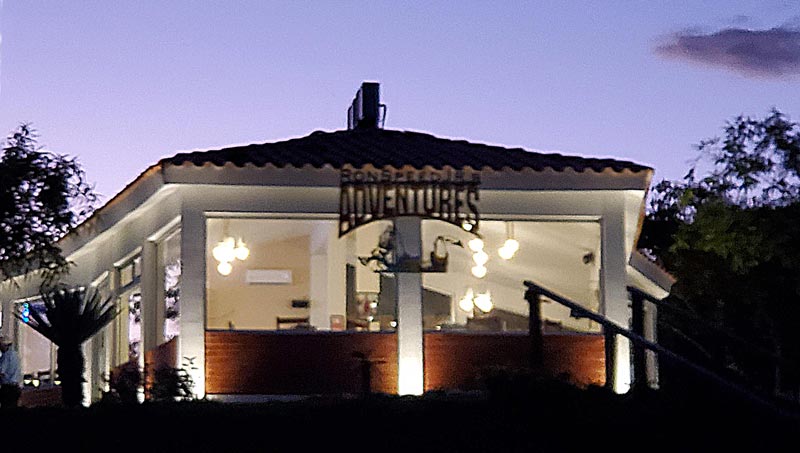 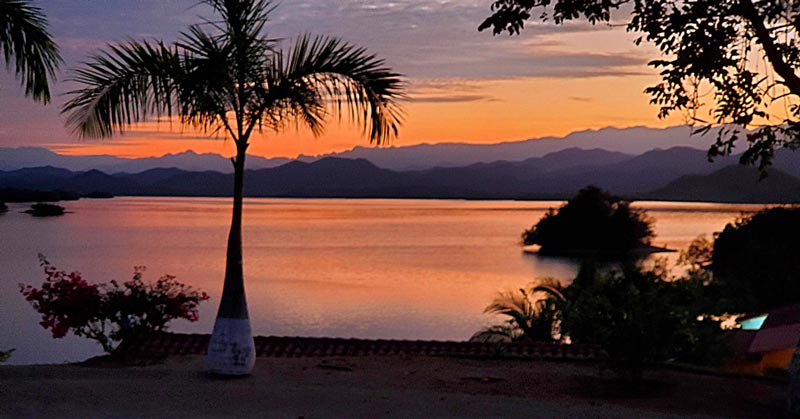 Another breathtaking sunrise at RSJA’s lodge on Picachos.

One more piece of good news…and as of this writing, Tuesday, May 26th, my travel agent Kevin Martin of Martin Travel Services, informed me that American Airlines fare from Dallas to Phoenix to Mazatlan and roundtrip was selling for a base fare of $260.00 + tax. That is incredible! If the fares remain low (subject to change at any time) and you combine the lower airfare with our 30% discount (July 15th – October 31st), this will be a great time to take advantage of tremendous savings! Yes, you have the opportunity or chance to experience world class fishing at a much lower cost than ever before! 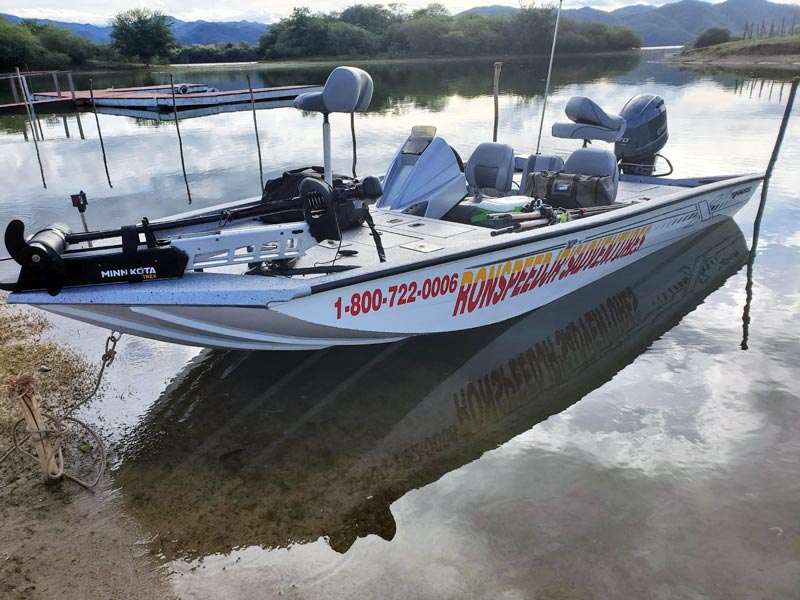 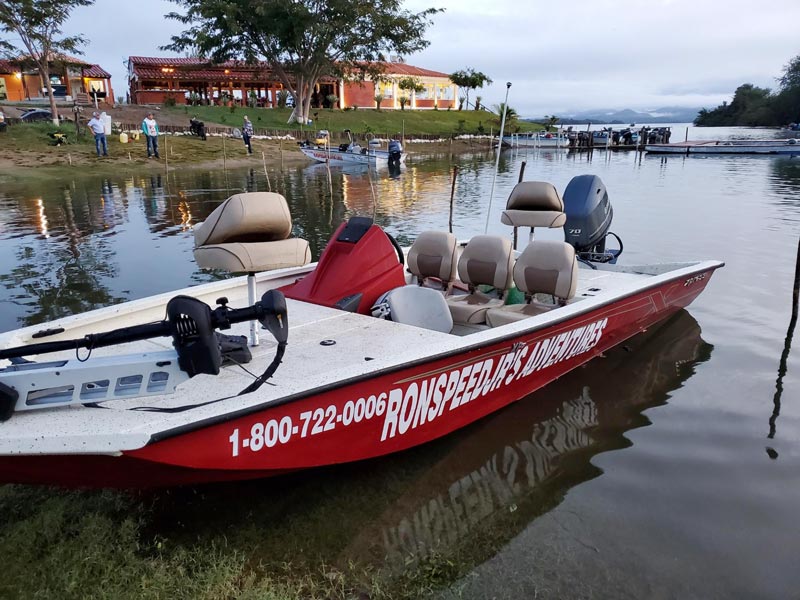 Call our office for more details and learn the EXTRA steps we will be taking in our lodges for your safety and virus prevention. 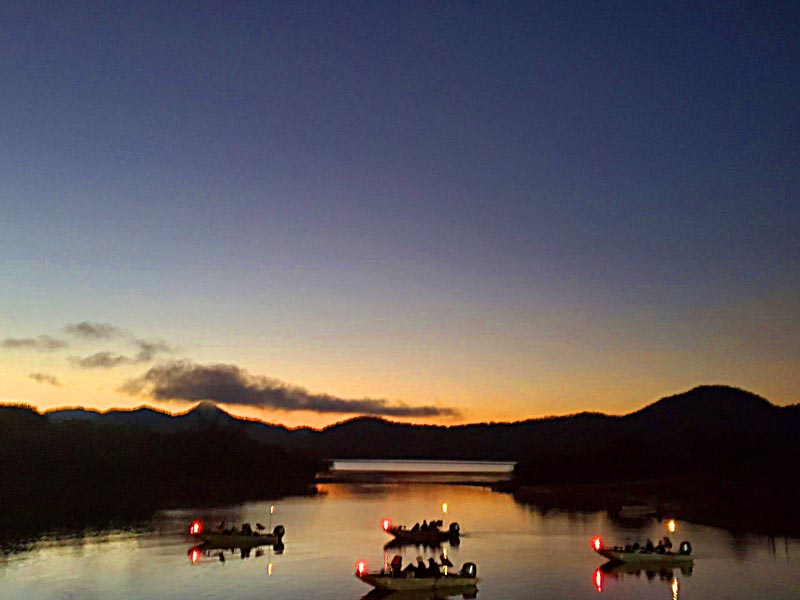 For those of you who are still indoors, it is a great time to get caught up on THE BEST fishing show on television, Major League Fishing! We have a great relationship with MLF, and I can tell you that everything they do is always for the right reasons. For years while growing up as a kid, I watched ALL of the fishing shows on television every Saturday and Sunday…Jimmy Houston Outdoors, Bill Dance, Virgil Ward, Jerry McKinnis and Don Wallace to name a few. Then I grew tired of watching fishing shows with the exception of Jimmy Houston Outdoors. I’ve been blessed to have Jimmy as a friend for more than 30 years and have made numerous fishing shows with Jimmy during that time. However, that was the only fishing show I watched in the past 20 years until 4 years ago…when I tuned in to Major League Fishing. Now I watch TWO SHOWS…and in my opinion, they are the BEST two shows for fishing on TV. 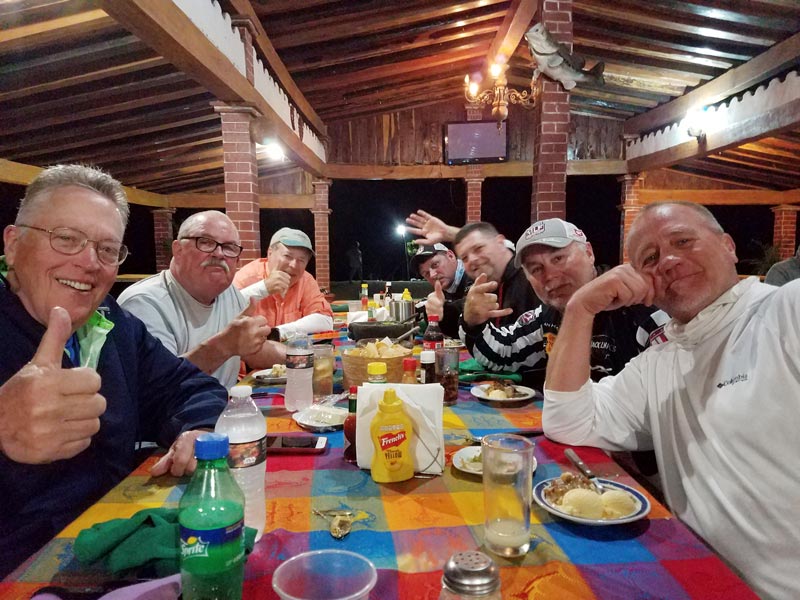 The Major League Fishing Crew fishes with Ron Speed Jr’s Adventures at least two times every year! They love our lodging, meals, guides, fishing and overall services! Jimmy Houston has already made numerous shows with us on Lake Picachos…catching an 11 lbs and 12 lbs bass during his first trip in 2014. 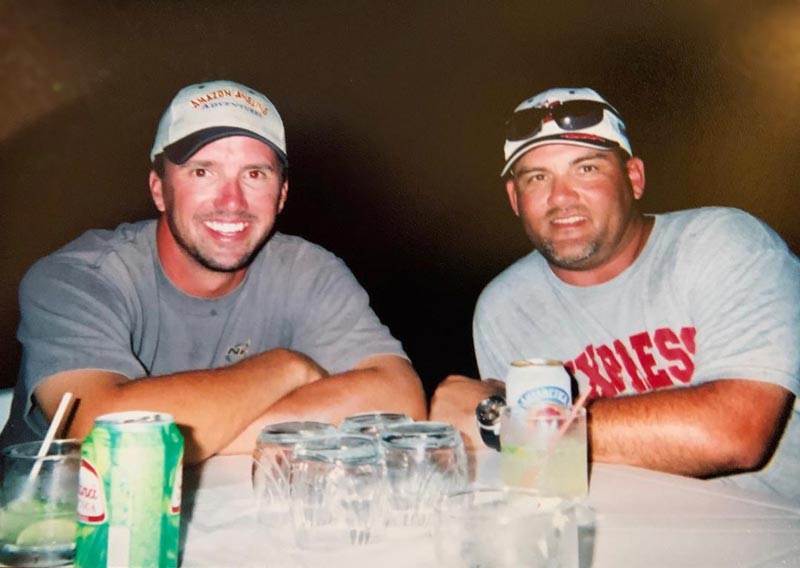 Pro angler Edwin Evers and Ron Jr having fun in the Amazon 2004.

As a former tournament angler, I can tell you that I absolutely love the format for fishing that MLF offers! About a year and a half ago, many of the top pro angler names in the tournament industry joined MLF…making it even MORE enjoyable to watch. Many of those pro anglers are friends of mine. Names such as Edwin Evers, Kelly Jordon and Alton Jones to name a few. Kelly and Alton fished some of the same circuits I did back in the 90’s and it’s great to see how they have taken their talent to such a high level. Edwin Evers and I became friends in 2003 when he was still making a name for himself and he participated in my Peacock Bass Pro/AM events in Brazil every year. 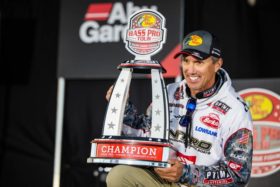 In fact, Edwin is returning to Brazil with me this coming season to get another round of those mighty peacock bass. Today Edwin is considered one of the hottest and most successful tournament anglers in the world! I love watching these GREAT anglers compete in the Bass Pro Tour events that MLF hosts! If you like watching great anglers and learning from them, then I strongly suggest you start watching Major League Fishing. You’re not just watching some guy catch a fish and say “That’s a real nice bass” after every catch…nope…no sir…no, these are some of the best anglers in the world competing. MLF makes sure that the viewer receives important tips on how these guys caught their bass…talking about the many variables that goes into an angler’s success to catching bass…such as pressure changes, wind, water temperature, water clarity, oxygen, sunlight, low visibility, etc. So next time you’re on the tube and want to check out some exciting fishing, please tune in to Major League Fishing and Jimmy Houston Outdoors. 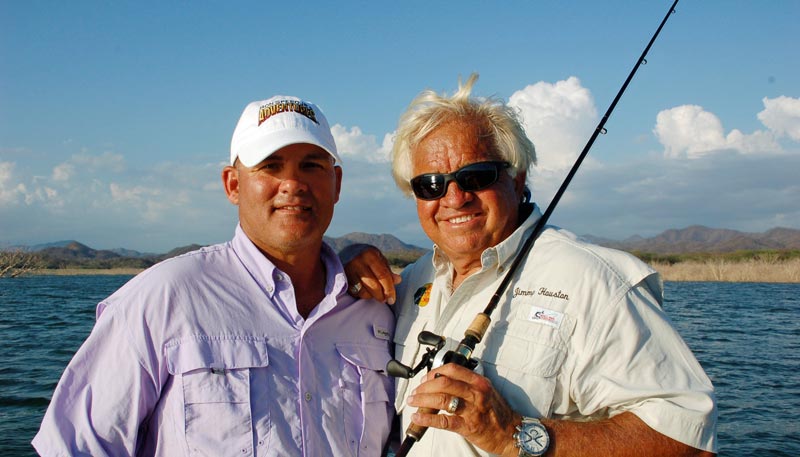