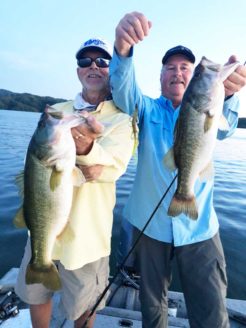 Hi folks, I hope all is well and everyone is ready for a special Holiday Season with family and friends!

There is not a lot (yet) to report on the fishing at Comedero, El Salto and Picachos…at least not a lot that’s “good”…however, I suspect that is about to change and SOON! 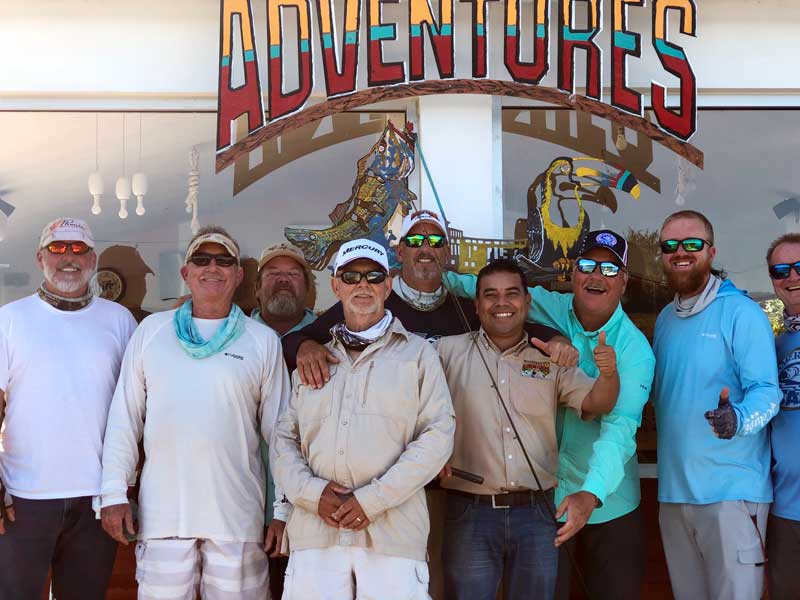 The week of Thanksgiving we experienced something very rare at the lakes for late November…RAIN. It wasn’t just rain but an absolutely 3 days torrential downpour. Very monsoon-like rain! At the time the storm hit the west coast of Mexico, the lakes had already started to fall from the pulling of water for irrigation. At that time, Picachos was approximately 94% water in the lake…El Salto was approximately 55%…and Comedero was at 42%. Then the BIG STORM hit and poured down for 3 days. One week later, Picachos was 100% full and water going over the dam. El Salto had risen from 55% to 65%…and Comedero went from 42% to 56%!!! 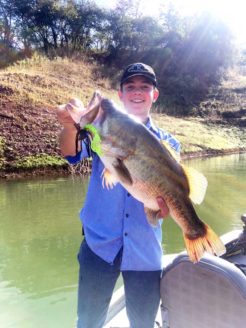 Zane Petty is all smiles after landing this Comedero TOAD!!!

Now that may not seem like that much of a rise but you must keep in mind that these are very deep mountain lakes. For example, Comedero is by far the deepest of those 3 (and nearly 3x larger), and it’s rise of 14% in one week would equate to rising approximately 15 feet…in one week! For that big and deep lake to rise 15 feet in a week….umm, that my friends is A LOT OF WATER!

Now some of you may ask…what does this have to do with the fishing? It can have A LOT to do with the fishing and for the short term it normally has an adverse effect on the fishing…not always but more times than not, it will affect the fishing for up to 1 or 2 or 3 weeks. The only positive for our groups that arrived right after the rain or shortly after the rain is that this happened near the end of November and the nighttime temperatures had already started their annual “cool down”…thus causing the water temperature on the surface to cool down. I was at the lakes at the first of November and they were steaming hot…starting out in the mornings on Comedero around 84 degrees and warming up to 90 degrees…not air temp but WATER SURFACE TEMP! That prevents a lot of bass from coming to shallow water and keeps them deeper than most would prefer to fish. Now, or last time I checked a few days ago, the water temps at daylight have been ranging from 74 degrees to 78 degrees (depending on which lake we’re talking about?)…and warming up to 79 degrees and 82 degrees.

This rain…for the record…well, Mazatlan hasn’t seen or experienced a storm like this in late November in almost 30 years! Well, except for “El Nino” years when it rains throughout the fall and winter months. However, this is not an “El Nino” year and for this type of storm to hit this late in November, is something very rare…and not anything I’ve seen in my 33 years of operating fishing lodges in western Mexico! 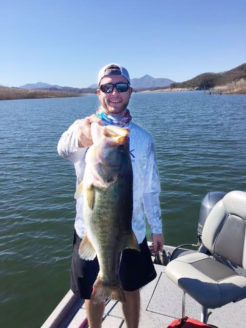 Van Speed with his Comedero Trophy!!!

This rain definitely disrupted or “suspended” the good fish bite for a couple of weeks but for the long haul (the rest of this season), it only helped the fishing and fertility of the lakes. There is now A LOT of submerged green vegetation in the lakes and tons of bait fish up there feeding on new algae growth. The big fish haven’t schooled back up (yet) as the flooded vegetation has really scattered the bait fish and bass…but it should be back on track soon. I’m guessing right before Christmas or right after. The first wave of spawn bass will move up in January on full moon. It’s about to get “silly”….I am too!

NEW RESTAURANT & BAR IS FINISHED…RSJA CUSTOMERS RAVING ABOUT IT!!!! 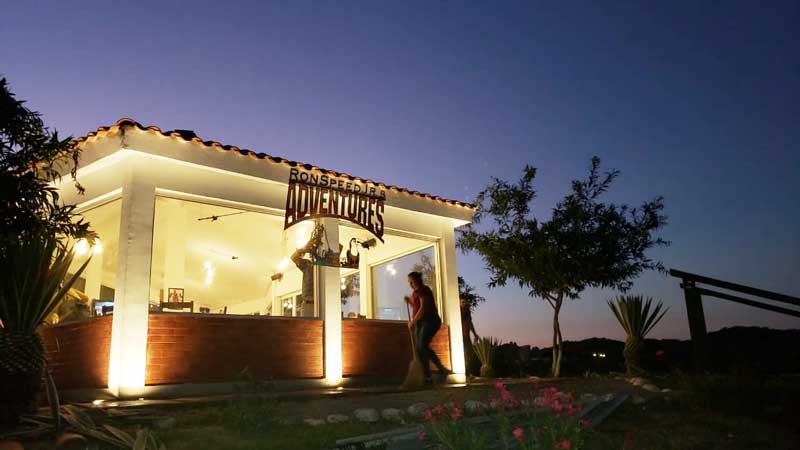 In my last update “Ron Speed Fall 2019 Newsletter”, I spoke about our new restaurant at Picachos and construction was still ongoing. Well, the crew finished construction on October 28th, the morning prior to our first fishing group of the season’s arrival. Everyone that has returned and contacted us have been raving about the new facility. The restaurant is large enough to serve up to 34 people. It includes a private bar, two big 50 inch big screen televisions so you and your friends can sit and watch your favorite sports team or concerts or movies. We also have a new wonderful sound system to watch/listen to your favorite concerts or play music playlists from your phone through Bluetooth. The restaurant is completely closed in so as to offer everyone air conditioning when it’s steaming hot outside…but the restaurant also offers huge glass windows so you still have that beautiful breathtaking view of LAKE PICACHOS! 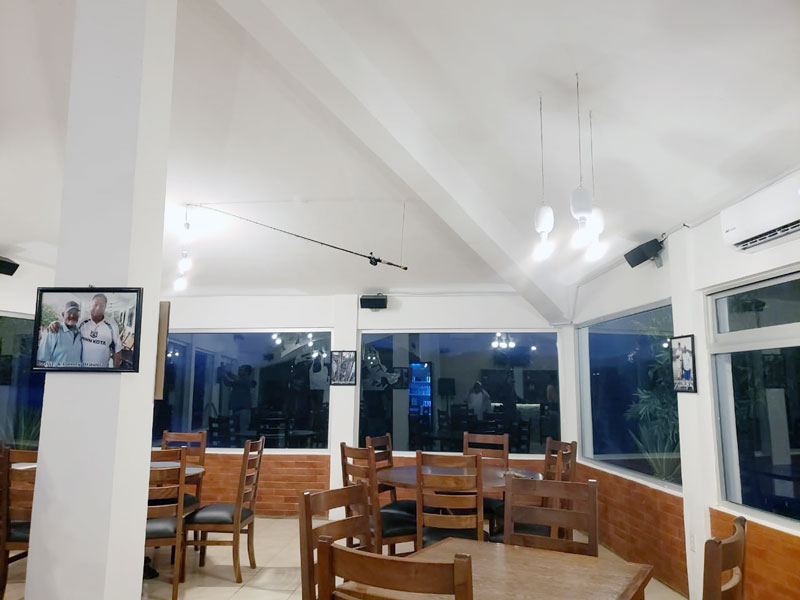 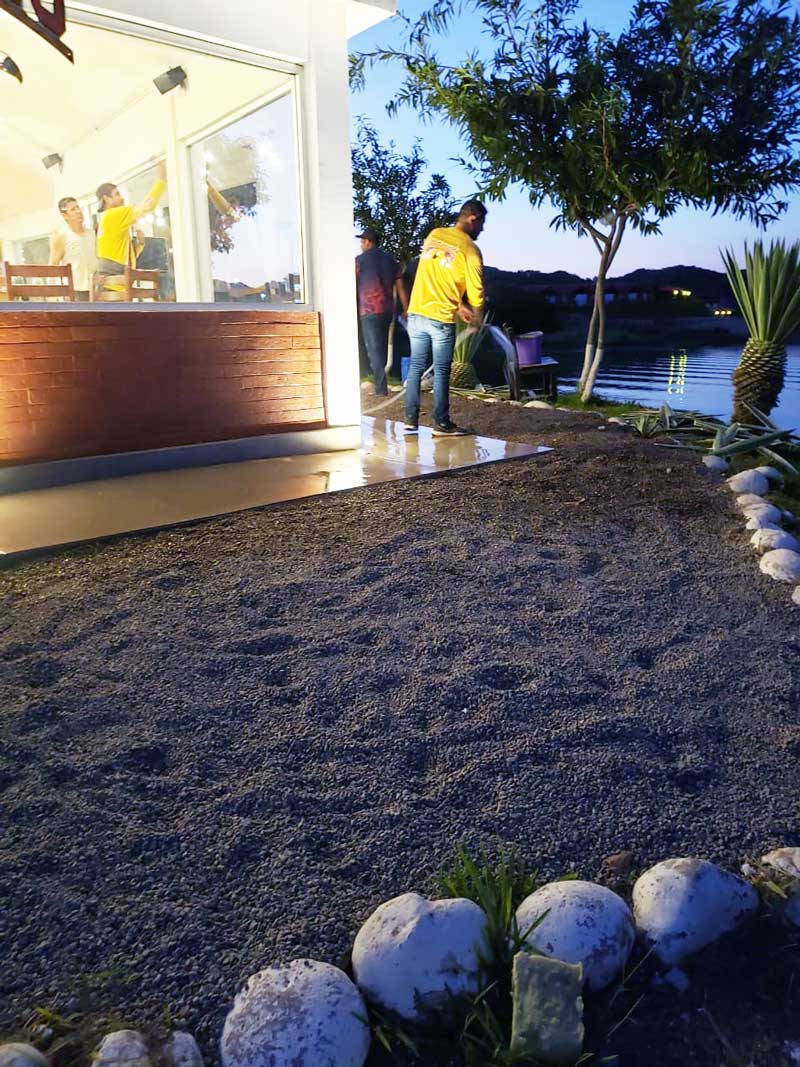 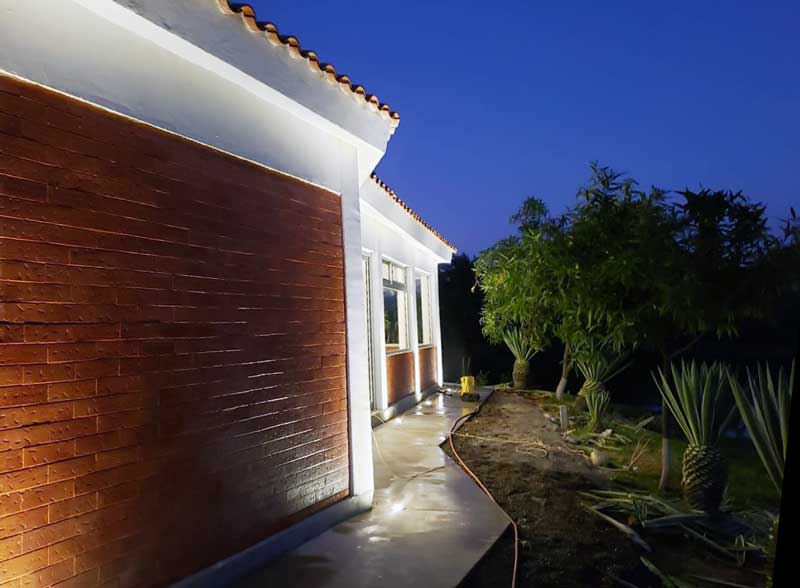 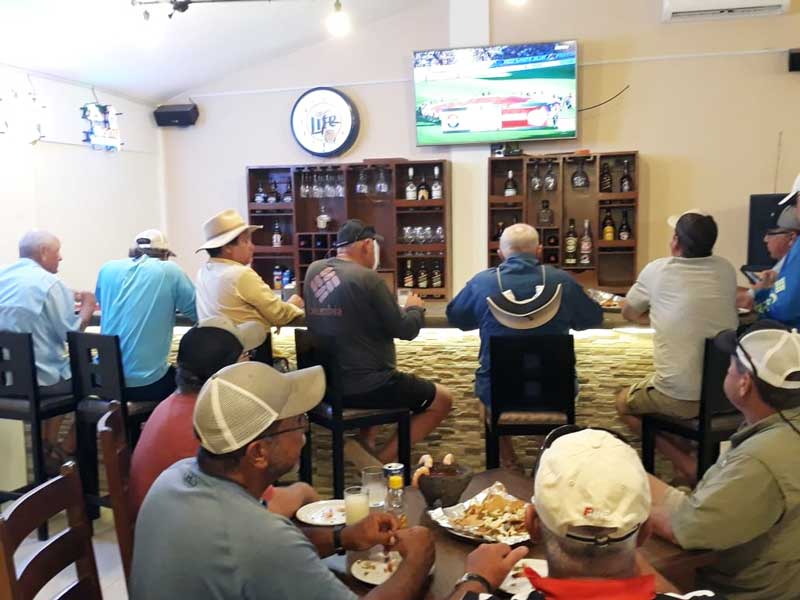 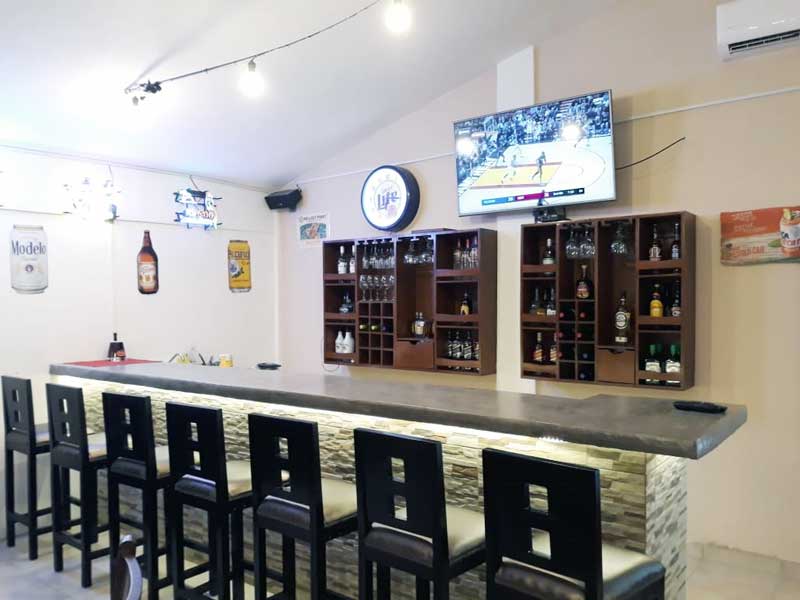 CHRISTMAS SEASON IS HERE…NOT TOO LATE TO BUY THAT 2 FOR 1 FISHING TRIP FOR A LOVED ONE!!! 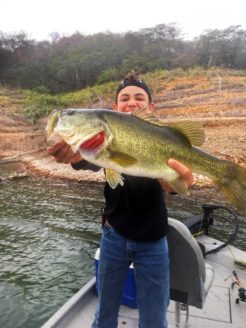 Zane Petty with another one of his Comedero Giants!!!

That’s right, folks…now is the time to take advantage of our 2 for 1 special and possibly give to that someone special for Christmas! This applies only to Lake Picachos for the months of March, May and June. We are trying to accommodate those wanting to bring kids during either Spring Break or when schools start summer vacations in May/June. However, it is not limited to just the kids. It applies to anyone wanting to bring “family members”…son, daughter, wife, father, mother, brother, sister, grandkids, etc. Must be family member. Last year we offered this special and it was a HUGE HIT for everyone….so much I decided to offer it again this season! Call our office today before “Santa” starts delivering gifts. It will make for a great gift under the tree and definitely make someone special in your life SMILE BIG! :)) 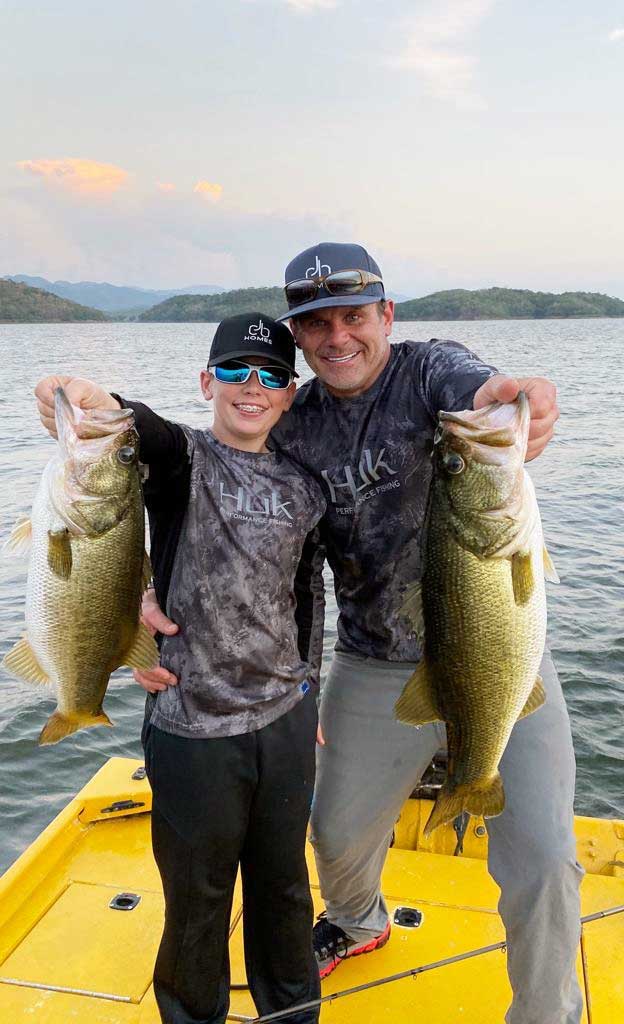 This father/son combo doubled up on a couple of nice El Salto bass.

Last…I want to wish each and every one of you a blessed Holiday Season!